The Jewel is a fun juvenile story your children or grandchildren will enjoy. It moiled up from a juvenile rift in my brain.

Dyrk hated to admit it, even to himself, but his own comfort was all that really mattered to him. But at the moment, Baruch, the ruler of the realm, the Composer of the music of life, was sitting in a chair in his living room. “A…a treasure…stole…stolen from you?”

“Indeed,” said Baruch, “a jewel, a gem most precious to me was stolen almost from under my nose. I believe it has been taken to Black Mountain far to the North where dwarves do business with a witch who goes by the name of Nith.”

Dyrk gulped and tried to smile. “And you want m…me to…to…”

“Yes, I have chosen you to find the jewel and return it to me.” Dyrk’s shoulders drooped. He had no desire to be “chosen” to go find Baruch’s stolen gem, but he had not been given a choice. So much for his comfort! “You will recognize the stolen jewel when you see it, for there is no other like it.” 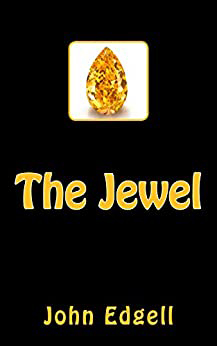 Have you heard of viper dragons? Dyrk had not heard of them either…until he met one! Then there was the “nobody” and Sir Blaunch. And so it was that Dyrk found himself in the midst of a perilous venture, and certainly not a comfortable one. But the worst of the worst was the Witch of Black Mountain!

Dyrk finds out life is not about his comfort.