Some heroic fantasy fiction is mere escapism, but not so with “The Myth.” Right from the first paragraph this story will reach out and snatch all other thoughts away.

You will love the characters you meet in this heroic fantasy fiction story. They have color and depth. Of course, there will also be characters worth loathing. As you “experience” the characters your emotions will rise to the heights and fall to the depths. Gabral is a young girl, vulnerable and yet courageous. Little Chance will bring you to tears. There is crusty and yet lovable old Arawk and the striking but mysterious Manatar. And there is Axxon, Lord of Freedom and rogue Septerman. Those who ruled the realms, the Council of the Septermen, find themselves facing intrigue and treason. But worse yet, yes worse than treason, the people face the long march to the cliff-side temple. 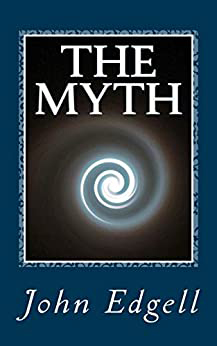 You will be instantly immersed in Gabral’s world and the terror she faces when her mother brings forth a “vain labor.” For her the issue at hand is not a moral one, for she has no understanding of the moral ramifications. For her the issue is a heart issue, an issue dressed in tears.

Here is a small taste of the drama of this heroic fantasy fiction story: The moon rose and the executioner climbed to the top of the altar followed by the man clad in black and two torchbearers. The man in black stopped just beyond the stairs and turned to face the throng below, while those to be sacrificed stood trembling at the foot of the altar.

“Axxon, Lord of Freedom, looks upon the lame and maimed with love,” declared the man clad in black. “You have seen Axxon with your own eyes, and he speaks. He speaks words of love and compassion. He calls for us to give these precious ones to him, to release them from the burden of their flesh.”

A cry from the host echoed from the temple. “Hail Tathar! Hail Axxon, Lord of Freedom!” Tears coursed Arawk’s cheeks as he watched—helpless! What hope for the realm?

Thinking in terms of issues, there are many issues in life worth exploring, but some are more crucial than others because they are issues not only with moral and ethical implications, but with individual rights and personal liberty repercussions. Abortion, infanticide and euthanasia are such topics, for they have to do with rights related to death and life. “The Myth” explores the moral and emotional components inherent in these issues as relating to society in general and the individual people directly affected by them.