The Princess and the Orc

Courage and its consequences. The Princess and the Orc is a short three-part story that challenges how we think about those who are different from us.

Princess Kamela looks out on the Wilds of Avith wondering what might live out there. She grimaces knowing there is probably nothing out there but vile orcs. As she contemplates the Wilds, orcs swarm from hiding and take her captive. Imprisoned, she discovers that the orcs worship Nafash, an evil god that binds his people in fear.

A lowly but sensitive orc named Drawf is chosen to prepare Kamela for sacrifice. However, as he goes about what he must, he finds himself liking Kamela. Conflict moils within and yet he must do what he must do! Kamela swallows her pride and reaches out to Drawf. But his people hate her people and her people hate orcs. The situation is impossible. Death haunts both of them in this electrifying Quick Read adventure in the Wilds of Aviith. 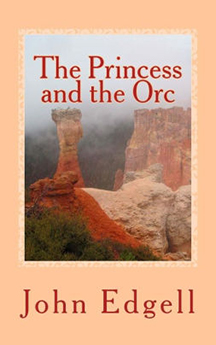 The Princess and the Orc challenges our prejudices.