The Reckoning, the third book in the Framer of Times series, is a tale of treachery and intrigue, as well as courage in the face of grave peril and a malevolent evil.

Rhafe has destroyed the Warlock Draug and his altar of sacrifice. Rising to the throne, Rhafe establishes peace and prosperity throughout the realm of Torain. However, the warlock’s daughter, the Witch of Murkwold, and her coven are about to bring chaos to the realm. King Rhafe and Queen Aanora fail to heed Baruch’s warnings. The consequences are tragic for Rhafe’s wife and Rhaanora, their daughter, and lead him into darkness and danger. Rhafe’s son, Kaanar, holds Baruch, the Framer of Times, responsible for the realm’s tragic circumstances.

Murkwold, a realm of darkness, lies deep within the Great Divide, and it calls to Kaanar even as it called to his father. There the coven of witches awaits his coming, as does Dysmae, servant of the Darkness, and ruler of Murkwold who broods in the Chamber of Darkness in the Black Tower. She is set on exacting revenge for Archon and Draug. Will Kaanar find peace with the Framer of Times or will he succumb to the bitterness that ravages his soul. 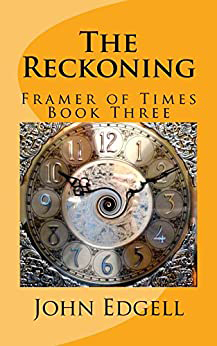 My fantasy stories do not focus on either the dark arts or black magic. The stories pit good against evil, are gripping, develop consequential themes, but are also wholesome and ultimately uplifting. Do bad things happen? Certainly they do, just as bad things happen in life.